Control of Corruption in Germany 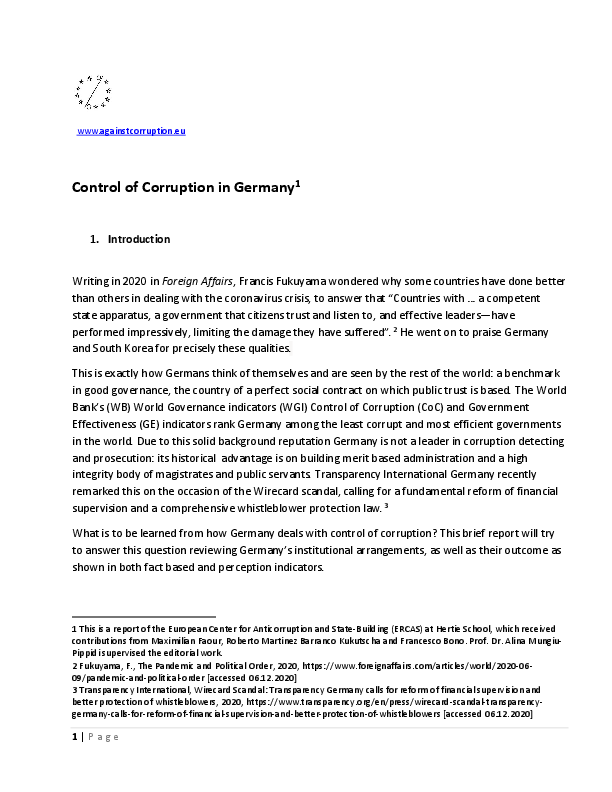 The World Bank’s (WB) World Governance indicators (WGI) Control of Corruption (CoC) and Government Effectiveness (GE) indicators rank Germany among the least corrupt and most efficient governments in the world. Due to this solid background reputation Germany is not a leader in corruption detecting and prosecution: its historical advantage is on building merit based administration and a high integrity body of magistrates and public servants. Transparency International Germany recently remarked this on the occasion of the Wirecard scandal, calling for a fundamental reform of financial supervision and a comprehensive whistleblower protection law.

What is to be learned from how Germany deals with control of corruption? This brief report will try to answer this question reviewing Germany’s institutional arrangements, as well as their outcome as shown in both fact based and perception indicators.